At Assiniboine Park Zoo, we strive to be a global leader in Arctic and sub-Arctic species conservation. Arctic species and ecosystems are facing a variety of threats and challenges, including the uncertainty of a changing climate and related impacts to sea ice extent, increased shipping opportunities, and changes in prey abundance and distribution.

One of the ways Assiniboine Park Zoo is working to conserve and protect northern species and environments is through the Beluga Bits project. Beluga Bits is a collaborative, citizen science-based project studying beluga whales who spend their summers in the Churchill River estuary in northern Manitoba. Estuaries are thought to be used by belugas as a safe, biologically rich refuge for moulting and calving, as well as a gathering area to make and maintain social bonds. We are using underwater photos and videos to non-invasively monitor the beluga whales within the estuary. Monitoring these whales will allow us to track beluga and ocean health, and help identify emerging threats to this population. These photos also provide an opportunity for people around the world to connect with northern species conservation and ocean health, while helping us learn more about these amazing whales.

GET INVOLVED WITH BELUGA BITS 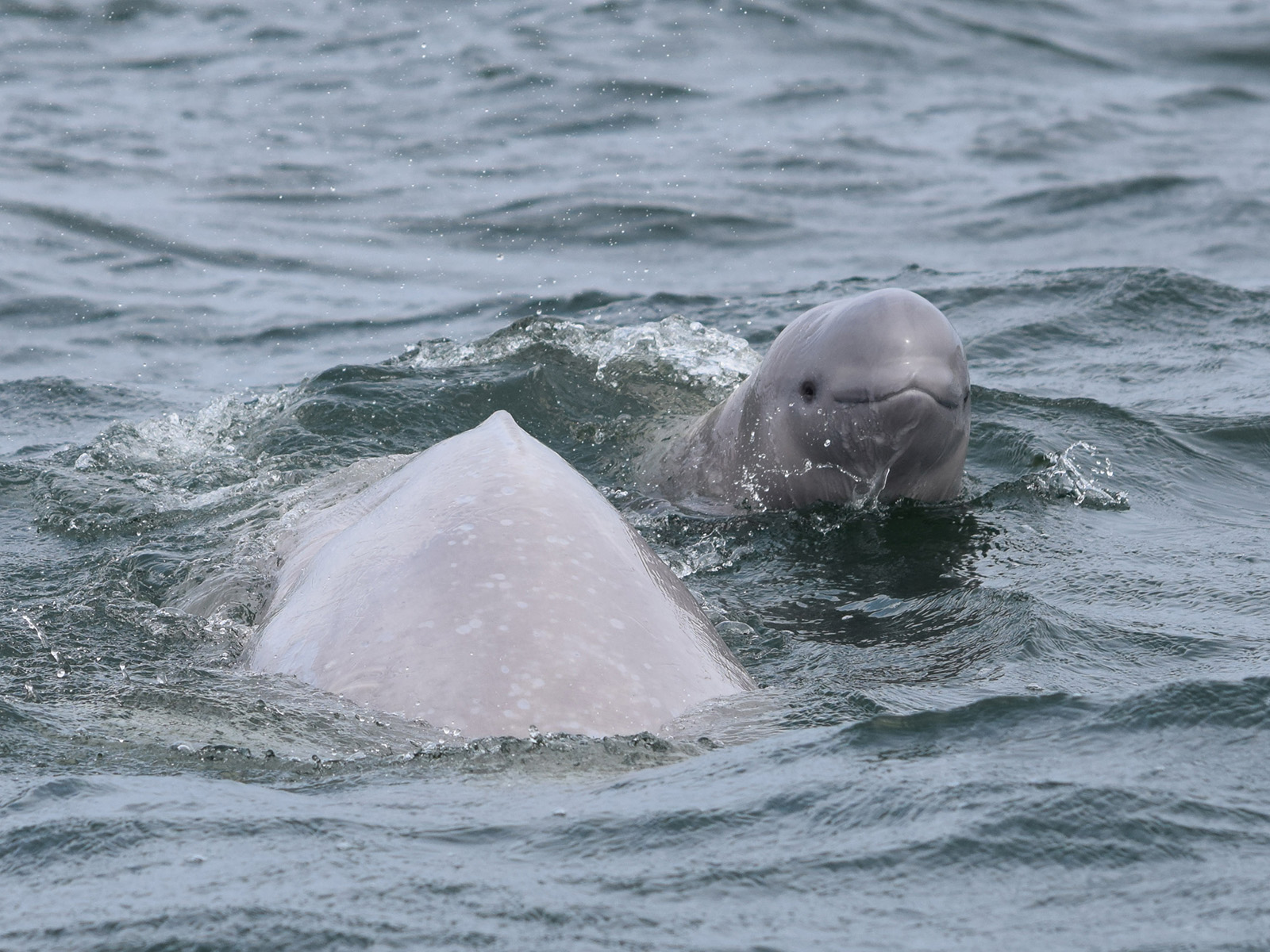 Beluga Bits in the Classroom

Beluga Bits in the Classroom is a free classroom-friendly version of the project designed to introduce students to citizen science, beluga whales, and their ecosystem. Students will discover why citizen science projects are important, and how they can support belugas and the Arctic.

BELUGA BITS IN THE CLASSROOM

The Conservation & Research team at Assiniboine Park Zoo is interested in using underwater photos to study different stages of a beluga's life. Young beluga become sexually mature adults between 6 - 14 years for females and 14 - 22 years for males. While the timing varies across their range, it is assumed that beluga mate in late winter or spring and pregnancy lasts a little over a year. Female beluga give birth to a single calf sometime in the warmer summer months, and these calves rely on their mothers for the first 1 - 3 years of life. Monitoring through Beluga Bits can help us better understand how long calves stay with mothers, how frequently females have calves, and the rate at which the population may be growing.

Beluga whales are incredibly social, gathering in groups ranging from a few to hundreds of individuals. Through the Beluga Bits project, citizen scientists can help us better understand the social structure of these whales. We are particularly interested in how these social groups form and interact with one another, and asking questions like "do we tend to see the same groups together?" and "does age or sex influence group makeup?" The information gathered with the help of citizen scientists is vital to answering these questions.

Beluga whales are found throughout the circumpolar Arctic and sub-Arctic. There are eight recognized subpopulations of beluga in Canada, which are grouped in part based on their genetics and their summer and winter ranges.

Many beluga populations will migrate seasonally, splitting the year between wintering and summering areas which can be thousands of kilometres apart. We think that beluga whales tend to return to the same areas each year, however, this can be challenging to determine with certainty. Citizen scientists using Beluga Bits can help us identify individual whales with distinctive markings year after year, so we can better determine how strong the urge to return is.

Shaded areas on the map represent the range of the Western Hudson Bay population of beluga, with arrows showing migratory routes in the spring and fall (shaded black is the summer area).
COSEWIC 2020 (first included in COSEWIC 2004, modified from Department of Fisheries and Oceans 2002).

At Assiniboine Park Zoo, we are studying the Western Hudson Bay population of beluga whales and are particularly concerned about the effects of climate change, marine traffic, underwater noise, and pollution. We only see these belugas during the summer while they are in the estuary, but we know that the scars, markings, and skin conditions visible on their bodies have been acquired across their entire range. Monitoring scars and other markings through Beluga Bits can allow us to track beluga and ocean health, and help identify emerging threats beyond the estuary.

Assiniboine Park Zoo is committed to the conservation of northern species and ecosystems through research and community engagement. Beluga whales are an intrinsic part of northern ecosystems and ways of life. We can ensure they remain for future generations by using Beluga Bits to improve our understanding of their populations, connecting people to Arctic research, and inspiring stewardship over ocean health.

What is Being Done?

Assiniboine Park Zoo is working in partnership with Zooniverse.org, Explore.org, and Polar Bears International on collaborative, citizen science-based beluga research through the Beluga Bits project. Assiniboine Park Conservancy has recieved funding to support this work through the generosity of the RBC Foundation, CalmAir, and the Churchill Northern Studies Centre Northern Research Fund. We work closely with other researchers, community members, and organizations committed to conserving northern species and ecosystems for future generations.

What is Assiniboine Park Zoo's Role?

Thousands of beluga gather in the Churchill River estuary every summer, providing a unique opportunity to study and monitor them and their ecosystem. In collaboration with Polar Bears International and Explore.org, each summer a Beluga Boat slowly travels up and down the estuary with an underwater camera attached underneath. This camera live-streams video footage of the estuary to Explore.org, where people from around the world can tune in and take snapshots of the beluga and their underwater world. We upload these snapshots to Beluga Bits, hosted by Zooniverse, where citizen scientists can help us answer questions about beluga social structure, life history, and health. We also strive to bring conversations about Arctic research, beluga whales, and ocean health into classrooms, communities, and platforms throughout Manitoba and internationally.

What Can You Do?

You can help us learn more about these incredible whales and their ecosystem! Become a citizen scientist and contribute to our beluga research year-round on Beluga Bits and during the summer on the beluga whale cam on Explore.org!

You can also help by becoming an advocate for wildlife and ocean health within your community. You can help keep waterways in your area clean and litter-free, write to local leaders about concerns you may have, and support organizations that work to protect aquatic wildlife and ecosystems. If you would like to learn more, check out our Beluga Bits in the Classroom program!

Join us in taking action to protect and conserve wild habitats and species, including beluga whales. As a not-for-profit conservation organization, the Assiniboine Park Conservancy relies on the generosity of donors to make our conservation programs possible. 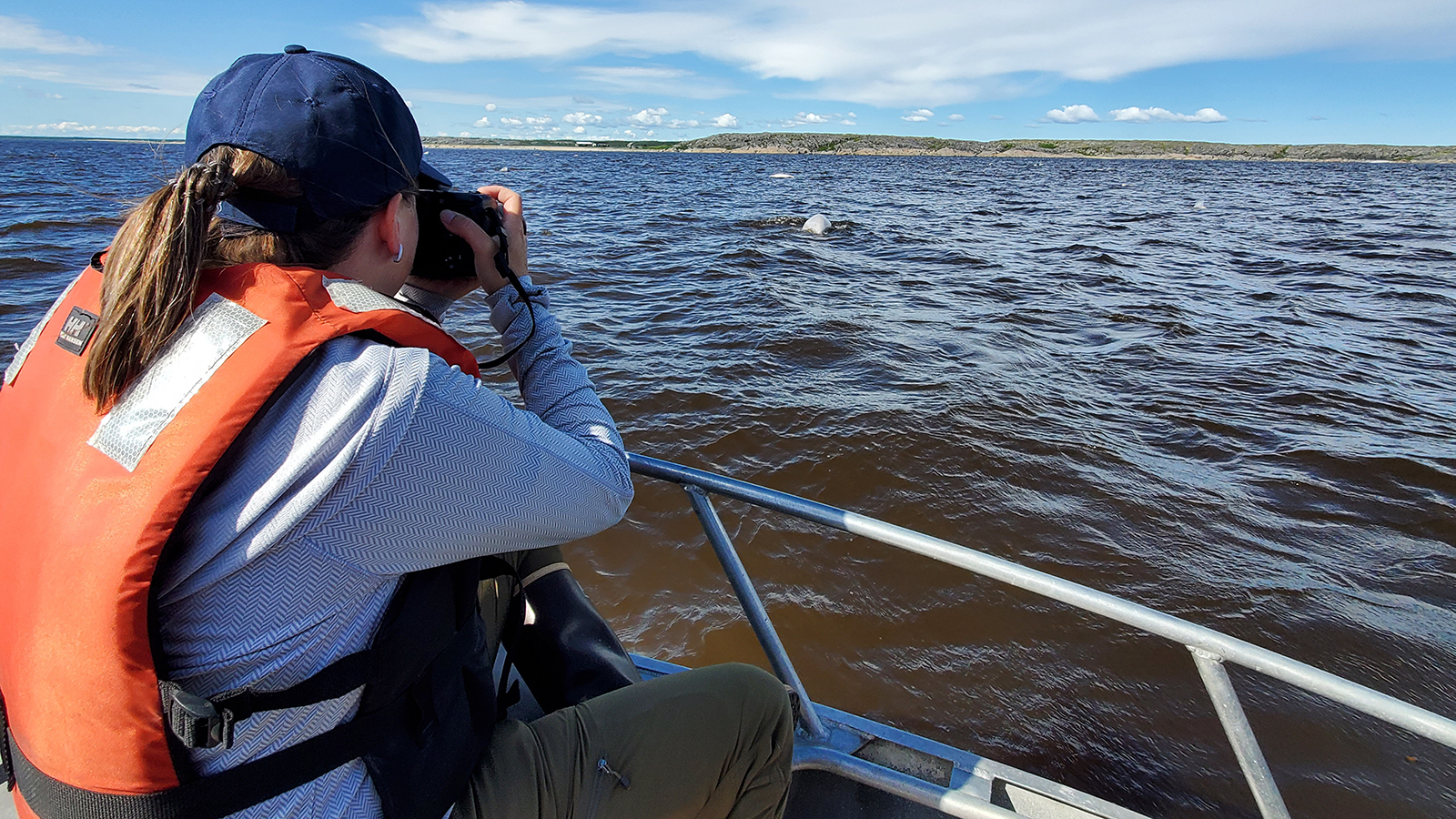