Native grassland habitats are increasingly threatened by a wide array of human influences including habitat conversion, invasive species, pesticide use, and climate change.

The loss of this prairie habitat has resulted in the dramatic decline of several highly specialized grassland species, including the Poweshiek skipperling and Dakota skipper. These small butterfly species may go unnoticed by most, but they are dependent on prairie habitat. Butterflies are particularly sensitive to changes in their habitat and can tell us a lot about the overall health of their ecosystem.

At Assiniboine Park Zoo, we have established a head-starting program for grassland specialist butterflies that are at risk of extinction. Head-start programs bring young animals in from the wild and raise them until they are old enough to survive on their own. They are then released into the wild to increase the population size or re-establish the population in areas where they have gone extinct.

The Poweshiek skipperling takes one year to complete its life cycle. It is active in its adult form for only two to three weeks in June and July when they breed and females lay eggs on grasses found in tall grass prairie habitat. When the eggs hatch, caterpillars emerge and feed on grasses, before spending the winter at the base of plants under the snow. The following spring, the caterpillar will form a chrysalis, and emerge as an adult that June or July to repeat the cycle.

Less than 1% of the native prairie habitat that once covered Manitoba remains to this day. This habitat is critical for the Poweshiek skipperling as well as other grassland-specialist species. Most of this land has been converted to agriculture. Other threats include climate change, pesticide use, overgrazing, fire, and invasive species.

The historic range of Poweshiek skipperling. Today, it can only be found in Manitoba and one site in Michigan.

The Dakota skipper is an endangered butterfly that is a tall- and mixed-grass prairie specialist.

The Dakota skipper takes one year to complete its life cycle. Adult butterflies are active for three to five weeks during June and July. During that time, they will breed and lay their eggs on grasses found in tall- and mixed-grass prairie habitats. When the eggs hatch, caterpillars emerge and will move close to the soil, where they will build a protective shelter of plant material and silk. Caterpillars will emerge from their shelter to feed on native grasses throughout the summer, building larger shelters as they grow. Caterpillars will overwinter inside their shelters at the base of these plants under the snow. In the spring, caterpillars will form a chrysalis inside a specially made shelter before emerging as an adult in June or July to repeat the cycle.

Prairie grassland habitats are critical to the survival of the Dakota skipper, as well as other grassland-specialist species. Today, less than 1% of the native prairie habitat that once covered Manitoba remains. Much of this area has been converted to agriculture. Other threats to Dakota skipper populations include climate change, fire, overgrazing, pesticide use, habitat fragmentation, and invasive species.

The Assiniboine Park Zoo is committed to ensuring that Poweshiek skipperlings and Dakota skippers remain a part of Manitoba’s natural heritage for generations to come. As an important part of the biodiversity of prairie grasslands and an indicator of this imperilled ecosystem’s health, securing the future of these butterfly species will also benefit other rare and unique inhabitants of Manitoba’s tall- and mixed-grass prairie.

What is being done in Manitoba?

The University of Winnipeg, The Nature Conservancy of Canada, Environment and Climate Change Canada, the Province of Manitoba, Assiniboine Park Zoo, and other experts are working together to form the Canadian section of the Poweshiek Protection Team. Many of these partners also work together to guide the conservation efforts of Dakota skipper within the province of Manitoba. We are actively working on recovery and research projects that will help us understand and supplement the wild populations of Poweshiek skipperling and Dakota skipper that remain.

What is Assiniboine Park Zoo's Role?

We are running a captive rearing and head-starting program for the endangered Poweshiek skipperling and Dakota skipper in collaboration with local and international experts.

Each summer a small number of wild female Poweshiek skipperlings and Dakota skippers are brought to the Assiniboine Park Zoo for a short period of time to lay eggs. After laying, these female butterflies are returned to their natural habitat. In addition to these wild females, we also breed a small number of captive reared Poweshiek skipperlings at the Assiniboine Park Zoo. Once the eggs hatch, we provide optimal growing conditions for the caterpillars, including overwintering in a climate-controlled incubator, until they are ready to be released as adults the following summer. Our team of staff, students, and volunteers also conduct surveys to monitor the heath and abundance of wild skipperling and skipper populations and to gauge the success of our head-starting program.

What can you do?

You may not have prairie habitat where you live, but pollinating insects and rare habitats are everywhere. Protect habitat and support organizations who are working towards that goal. You can also create habitat for species at your home, school, work, and community.

Join us in taking action to protect and conserve wild habitats and species including the Poweshiek skipperling. As a not-for-profit conservation organization, the Assiniboine Park Conservancy relies on the generosity of donors to make our conservation programs possible. 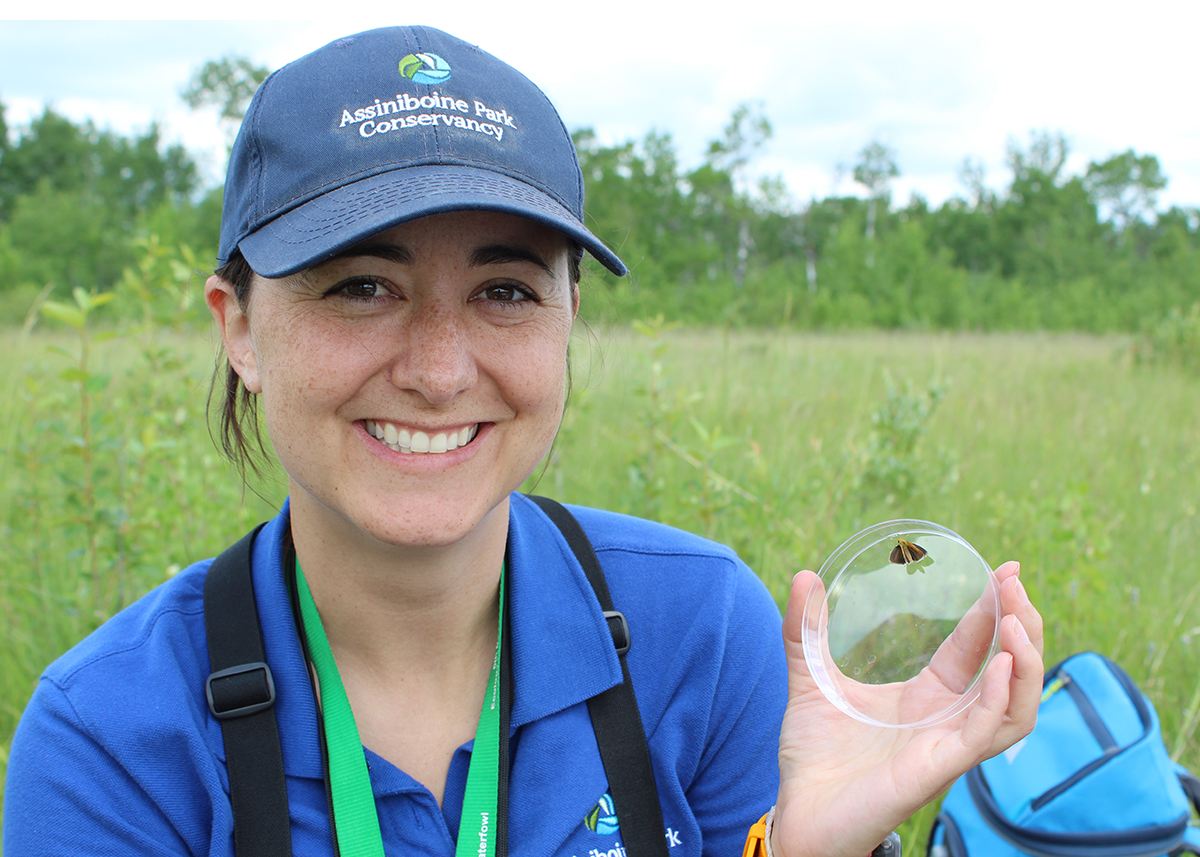