“The Best Bear In All The World”: The Many Sides of Winnie-the-Pooh

This exhibition brings together objects, archives, books, and works of art to reveal the multiple identities and histories of Winnie-the-Pooh.

"Pooh" is a hugely popular staple of children's fiction, a stuffed teddy bear brought to life by the English author A. A. Milne. The character is also a larger-than-life cinematic and pop-culture icon: the honey-eating red and yellow cartoon bear whose image has been adapted for film, television, and mass production. "Winnie" was also a real, actual bear from Northern Ontario, and the companion of a Winnipeg veterinarian Harry Colebourn (1887-1947) and his Canadian regiment at the outset of the First World War.

This exhibition invites visitors to learn more about a character rooted in fact and sustained in fiction. By bringing the multiple portraits of Winnie-the-Pooh together, the exhibition also highlights the different roles the character has been made to play. At the centre of a real story about human-animal bonding at the outbreak of war, Winnie-the-Pooh evolved into a literary classic and cultural industry. Even today, he remains the best-know bear in all the world.

Organized by the Winnipeg Art Gallery 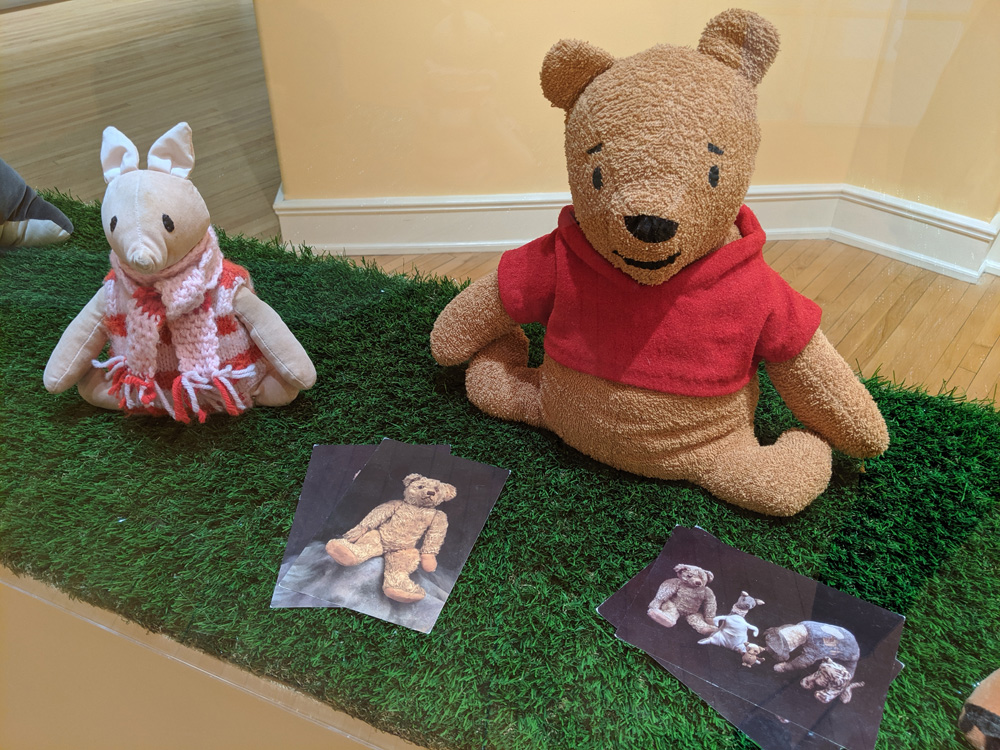